In case you are in the Dayton area, please stop by Custom Frame Services and see what Dave Crowell did with “Hairy Cemetery Nut”. Some really amazing reclaimed wood stock surrounds the floated print.

Please visit them during the hours of 10 am – 6 pm Tuesday through Friday and Saturday, 10 am until 2 pm.

The anthotype I’ve given the working title of “daughter” had a bit of a mishap. The sleeping dress slipped a bit off the paper revealing the amount of image that has occurred. I had to cut the plastic wrap off and carefully re-register it twice. Coming up to its third month of exposure with a few days in the garage during heavy rains, this is where it’s at.

This could be an archive Monday entry but I haven’t really followed through on that concept. Last Friday I had planned to shoot a new Dr. Frangst image. Shooting a picture. Sounds simple unless your Gregory Crewdson.

To resurrect Dr. Frangst, I have to locate the pants, the shirt, the glasses, etc. The coat isn’t a problem. I have lots of lab coats laying about and now have two with cyanotype, photogram designs that can be employed as costume.

The view camera that’s another matter. I have to load about three holders for a total of six pieces of film. I have to make sure the shutter is firing after a recent class demo went awry.

Perhaps the most vexing problem is the Fernauslöser. What, you ask, is a fernauslöser? Translated literally it is a remote trigger. Specifically for the project it is a 10 m long pneumatic cable that activates the shutter on either my 12 inch Dagor lens or the 14 inch Ilex Paragon.

Quickly before this blog descends into the specifics of view camera dialogue…one small reason the Dr. Frangst project fell to the wayside is der Fernauslöser. I switched, late into the second iteration of the project, to a mechanical self-timer which negated the need for a pneumatic cable release. I was getting tired of the bulb occasionally not doing its job in tripping the shutter. Initially the mechanical remote did the trick but it required a bit of attention. I was in earshot, I could hear the timer winding down and I could also hear the shutter open and close.

I soon discovered that sometimes I couldn’t hear the timer or the shutter. Maybe it was an early sign of my impending tinnitus. Regardless, the Dr. Frangst images became less and less a part of my output. I think the use of the pneumatic bulb was key. 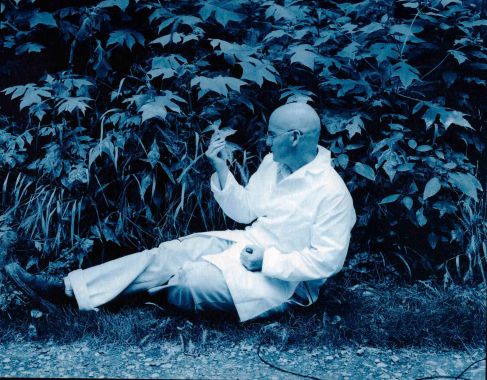 Friday, I spent a few hours breaking out the remote trigger. I have two. The first one is a Kaiser with funny cartoons on each side of the box. One depicts a visitor to a state park carefully driving over the bulb to take a picture of himself in nature inside the car. The second shows two table tennis players, one of which is about to step on the bulb and take an image at the decisive moment of the match.

My other Fernauslöser is made by Rowi and is a bit older. Perhaps late 40’s or early 1950’s. I am including a photo that graces the instructions below. 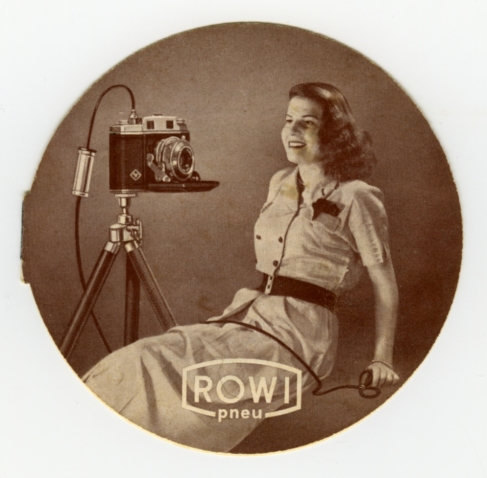 For two hours I cajoled the bulbs and cables, finally cutting off a bit here and some there and combining the two into a functional remote trigger.

Look for more pictures in part two of this entry.